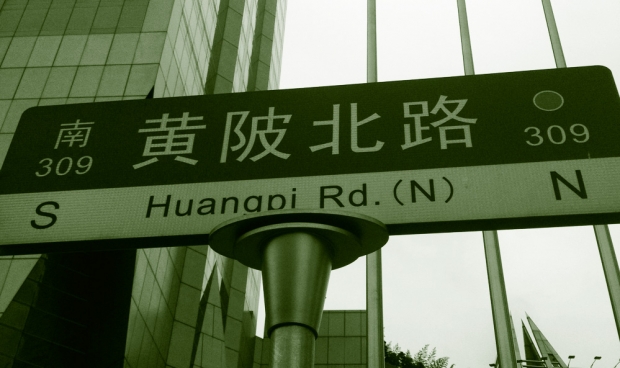 Polifactory China | This is our eleventh “Urban Experience” in Shanghai, with which we intend to show the changes the city has undergone over time, and done understanding the urban morphology. We look at each street from an architectural, urban and historical viewpoint.

History | The Huangpi Road was formerly known under various names depending on the concession to which he belonged, like many others here already explained. The northern section that belonged to the International Settlement was known as Mohawk Road , once became part of the French Concession had an original name until 1906 Rue Omichan and from then became known as Rue Bayle. The English part of the street was known for housing the entrance to the “Shanghai Jockey Club” racecourse and had the first Jewish cemetery in the city, and had a significant food market which name was Mohawk. The French side had only the National Amateur Athletic Society as relevant institution.

Nowadays | This is a little traffic flow street in that area of ​​the city, passing close to points as relevant as People’s Square, Xintiandi and finish in a major east-west arteries of the city, the street Xujiahui. It has some importance for the function of “stitching” that makes between major roads. But almost none of the sections has a high traffic flow, and is widely used by medium speed transport, motorbikes & bicycles. The width of the street never usually spend two lanes, and the northern part has two directions, but in the southern part from Xintiandi, happens to have one and only one lane.

Urban Relevance | The importance of this route in this area of the city is medium, it structures local slow-medium speed traffic (few cars but many motorcycles and bicycles). Its function as a link between different highlights of the city gives it more character than urban importance. Its sidewalks are narrow but rather have the particularity to be very leafy and usually quite busy for pedestrians. It is in fact a short street, constant but low traffic, medium urban relevance but intensive local use.