Posted 10 years ago by alvaro.polifactory 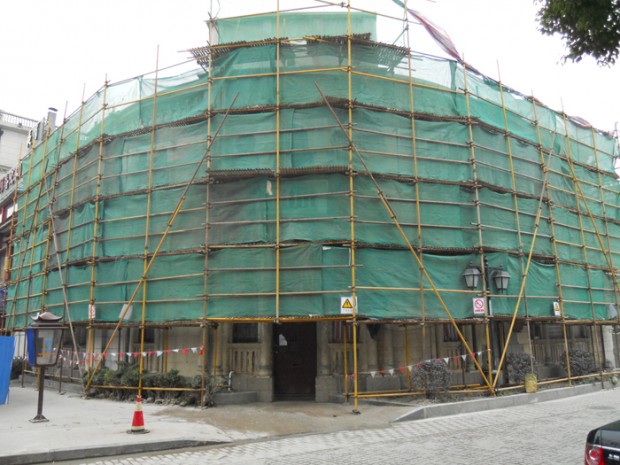 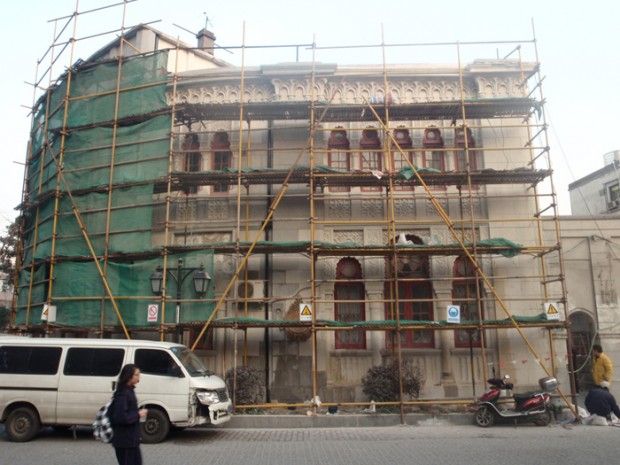 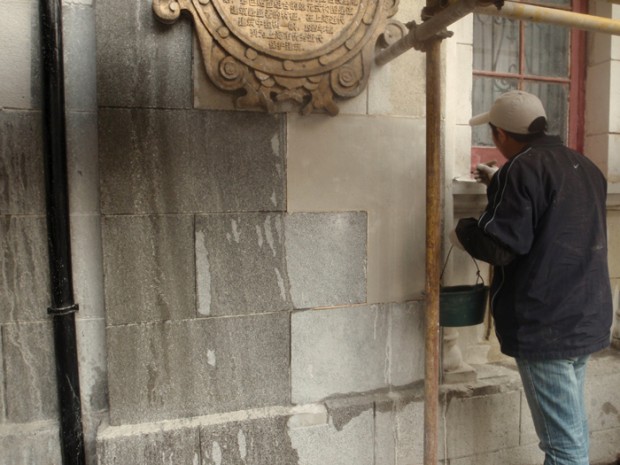 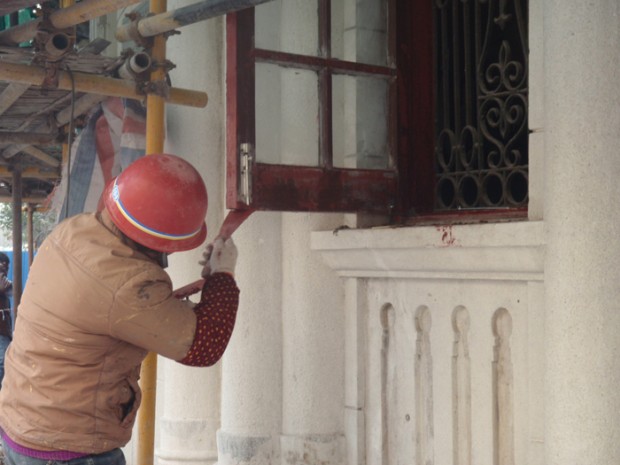 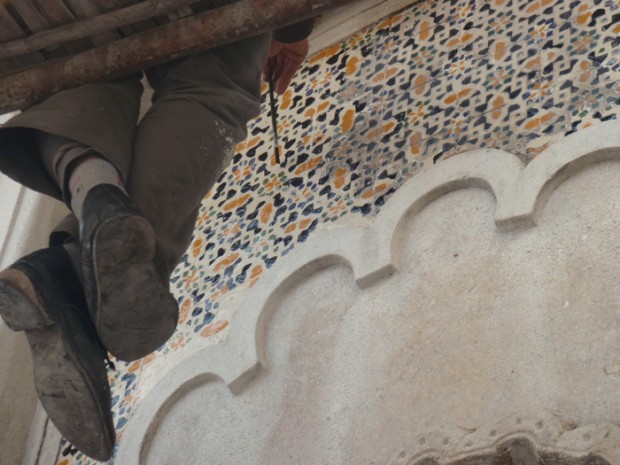 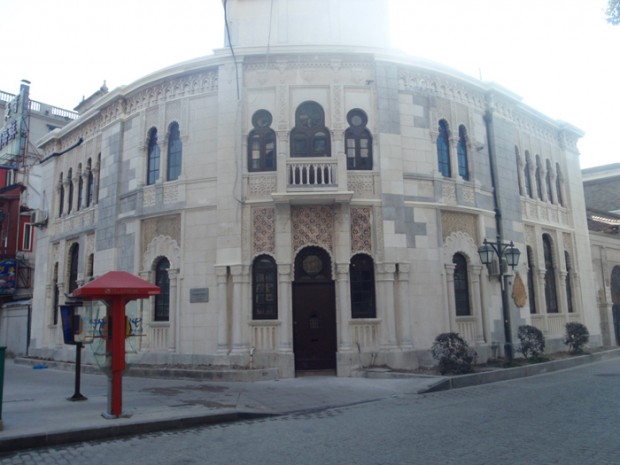 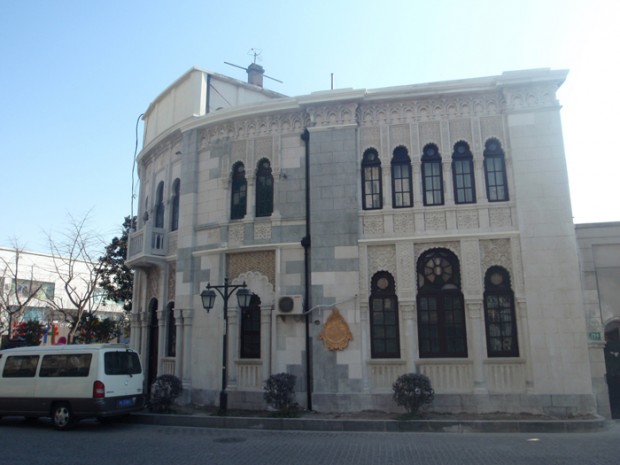 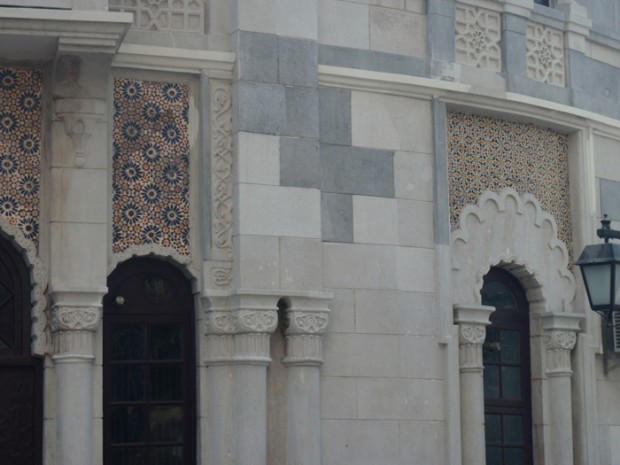 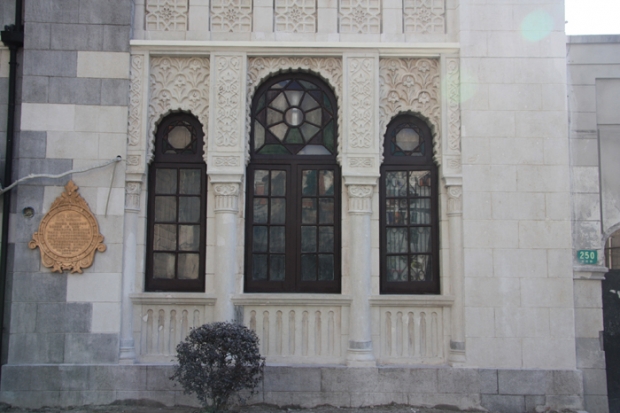 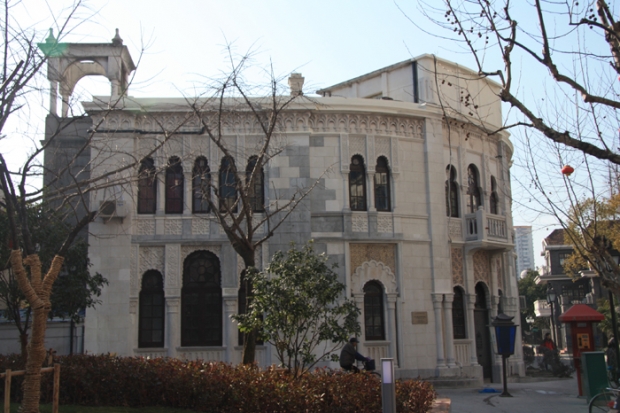 Polifactory China | Within the last month the Antonio Ramos Summer Mansion has undergone a renovation to its exterior that has resulted in a black eye for architecture in Shanghai. The building constructed by Abelardo Lafuente in 1924 and located at 250 Duolun Rd (near Sichuan North Rd) is the greatest example of Spanish architecture in the city (and known in shanghai as Mr. H.H.Kong Mansion).
Polifactory learned of the changes thanks to a follower of our Lafuente Research Project who visited Lafuente’s six remaining buildings in Shanghai over Christmas (using our maps) and sent us a note after seeing the scaffolding around the building. We believe the work began between January 2nd and January 5th.

As soon as we heard about this we began to look for the company responsible for the reforms to learn more about the project. It appears that the reforms were commissioned by the Hongkou District to Changyuan Group. We met with them as soon as we could to learn more about the scope of the rehab work they were performing and how given that Polifactory currently possesses the only original blueprints of the building.

We began to observe the reform work being carried out. It’s quite shoddy and the workers seem severely unprepared to handle the rehab of such a unique, historical building that has such an important place in the city’s architectural history. Contrary to popular belief, the historical protection signs placed on buildings around Shanghai have no legal powers, they’re just informative notes that do not prevent anyone from coming along and doing what they want to a building.

We met with the general manager of the company in charge of the reform and offered our knowledge of the building and our services. Unfortunately the company had little interest in taking us up on our offer as they had already begun the work, historic information be damned. Our understanding is that they are conducting this work without an expert in this type of building, without any historic documentation about the building, and without any original blueprint of the building. It also appears they have no documentation of particular design elements of the house such as the ceramic pieces visible on its exterior (which we believe came from Spain), the replica columns of the Alhambra in Granada, the original cupolas which have been missing for years, and the stained glass windows.

On January 27, 2013 the scaffolding came down revealing the full extent of the work done on the main façade. The results of the work are as follows:

-Deterioration of the ceramic pieces of the façade.
-Uneven paintwork on the façade.
-Partial cleaning of the windows.
-Stained glass windows rendered completely unattractive from lack of care.
-Woodwork refurbished with epoxy paste obviously applied with a spatula.
-Removal of some of the elements of the façade but, surprisingly, not all of them.

In conclusion we wish to make public our fear that the building will risk losing its historical, cultural, and touristic value. We understand that the work was undertaken with the intention of making improvements but not taking the time to learn about the building’s history, including a professional with direct knowledge of the building and its style, and not having a serious reform project planned out will have a serious effect on the building’s long-term viability.