Posted 8 years ago by Poliblogger 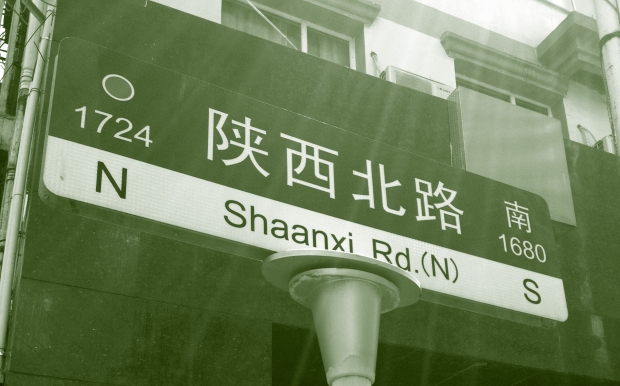 Polifactory China | This is our twelfth “Urban Experience” in Shanghai, with which we intend to show the changes the city has undergone over time, and done understanding the urban morphology. We look at each street from an architectural, urban and historical viewpoint.

History | Shaanxi Road was formerly known under various names depending on the concession to which it belonged, like many others here already explained. The northern section that belonged to the International Settlement was known as Seymour Road , once became part of the French Concession had a name until 1915, Avenue Paulun ,finally was always known as Avenue du Roi Albert . The English part of the road was well known for hosting the first synagogue in Shanghai, the ” Ohel Rachel ” and a Jewish school, and is on this street where many of the richest Jews of the time settled once foreigners were allowed to buy land in Bubbling Well, in which the Jewish community established its Jewish Club and was designed by A. Lafuente. The French side also had great significance for the city as it hosted many important buildings for the city, such as the Möller Villa, also the Shanghai “Hai Alai” , as well as the access to the grounds of Canidrome, alittle bit further south there is still today an area called the Cité Bourgogne, which is a remaining Shikumen of great historical importance . It also housed many historic villas.

Nowadays | This is a road of medium flow of traffic in all areas going through. It is a road of one-way throughout its stretch (except in the lesser known north starting area). It makes the road a very important axis southward to cross the entire Shanghai´s city center. It has importance for the function of “stitching” that makes between major roads. In almost none of the sections has a high traffic flow, and is widely used by medium speed transport and motorbikes & bicycles, and the bikes & motorbikes can make the whole street in both directions. The street´s width never usually has two lanes, and is mainly flanked by many very leafy trees.

Urban Relevance | The importance of this road in this area of the city is high, as organizer of the slow local traffic and medium speed ones (many cars, too many motorcycles and bicycles). Its function as a link between different highlights of the city and its history gives it more character than urban importance. Its sidewalks are narrow but rather have the particularity to be very leafy and usually quite busy for pedestrians. It is in short a constant road and high traffic, with medium urban relevance and intensive local use.