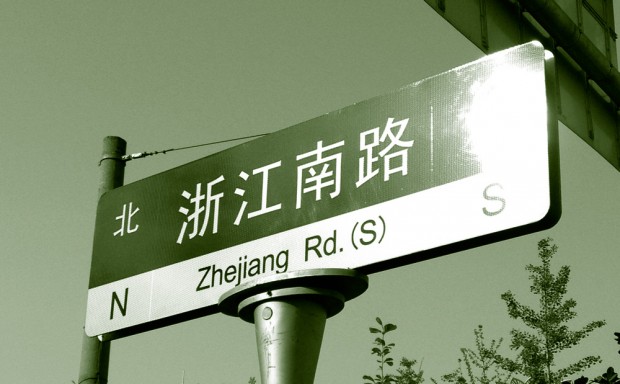 Polifactory China | This is our seventh “Urban Experience” in Shanghai, with which we intend to show the changes the city has undergone over time, and done understanding the urban morphology. We look at each street from an architectural, urban and historical viewpoint.

Introduction | The route goes from the beginning of the Zhejiang street junction with ring road Renmin and ends at Xisuzhou at the junction with Suzhou Creek. During the route also crosses two streets that are included on this whole entire Polifactory Urban Experience, such as future Fuzhou (Experience 15) and the endpoint Xisuzhou (Experience 01). It is a very different street depending on the section, it has very important areas of the city but also other very unknown, the area around Nanjing Road has big buildings and is very busy, and the final part is very popular for local people. From the starting point we take pictures every 200 meters, or whenever there is a significant change in the urban landscape. Length: 1,700 km.

History | The Zhejiang street was formerly known as Chekiang Road at its northern and central area, but in the south belonging to the French Concession, his name was “Rue Huè” . This stretch of road was well known for hosting many brothels, although for the Chinese community was known as the “New Bridge Street”. In the middle section of the street had buildings of great importance for the city, since the junction with Nanking Road it was the corner with the largest shopping malls in the 20s, assembled by Cantonese companies, and which today continues this trend as the street currently has large shopping centers. The northern part of it housed many Chinese but also was known because it was very close to some prisons across the canal. In section between Nanjing and Yanan sometime hosted Mohammedan mosque.

Nowadays | This is a very different street depending on the stretch of road we talk about. The initial and final sections are both looking similar since they are from a very local level, it has slow speed traffic, and lots of street life. The big change is given by the intersection with Yanan until Nanjing Road, where traffic is already medium to high speed. It is the street that connected the north of the city with the walled city, and today serves as a cross-stitched to the urban morfology rather than serve as a north-south link, it is all inside the Huangpu District. The most significant section architecturally talking is around Nanjing, as there are large malls with classical influence, in the central section but southern area is where today many Chinese-Arab are located at the city, and there are Arab restaurants and meat shops.

Urban Relevance | The importance of this route in this area of ​​the city is not crucial since this north-south axis is not used by the majority of citizens, rather it is a street that serves as a transition between other perpendicular streets. Is one of the few in the area with a beautiful adjacent park for public use of the nearby areas and that is very busy. At the middle section there are many shops of all kinds and even some historic theaters near Fuzhou. Due to its small amplitude has no public transportation of any kind, and is instead an artery for transportation by bicycle or electric bike. For the life of the city is a major street, but the traffic is almost nonexistent.